What is really in our water?

We at Beloka Water considered this question recently and did our own research into the answer. Check out our conclusions here. And now a recent study carried out by the journalism organisation Orb Media has turned up some disturbing and potentially risky concerns about the purity of bottled drinking water.

Orb tested 257 bottles of bottled drinking water, from nine different brands, purchased in 11 countries, which showed that in 93% of cases, there was evidence of some synthetic polymer contamination. On average, 10.4 microplastic particles were found per litre.

What are microplastic particles?

These are small plastic particles which originated from many different products, including packaging materials, cosmetics, clothing and even the residue from recycling. Because of its durability, plastic is extremely popular, and we manufacture many millions of tonnes of it every year. But its very durability is why it’s so hard to recycle. While plastic can be broken down into smaller particles, it can’t be dissolved completely, our waterways and even our marine animals are absorbing more and more of these microplastic particles every year.

Can these products cause us harm?

It’s estimated that the human body can absorb 90% of the microplastics it ingests, and there are no conclusive studies which prove that even the remaining 10% will cause us harm. However, there has been research done on marine animals which demonstrates that the frequent ingestion of microplastics may cause issues such as infertility, the ability to store energy, and even poisoning. Researchers have long been aware of the risk that the chemicals in plastic pose to humans, including cancer, birth defects and endometriosis. So the risk from the increased exposure to microplastics is not one we should ignore, and the World Health Organization (WHO) is conducting a review of the health risks involved.

How did the particles get in the water?

It’s estimated that the bulk of the contamination was as a result of the bottling process, and the rest from the packaging. The particles themselves are extremely small – about the width of a human hair – and so would be extremely difficult to see with the naked eye, let alone filter out. All the producers of the contaminated water have stated that their bottling processes are of the highest standards.

What do researchers say here?

Leading Australian researcher, Mark Browne, thinks there are serious concerns raised by the study. Browne, an ecologist who works with the University of New South Wales, is quoted in an interview by 9News.com.au as saying: “Australians should be worried and should be asking industry and government to fund the appropriate studies to determine whether or not there is a possibility that our health may be damaged by this.

“I think the researchers have done a good job in highlighting the issue but the exact quantities are going to be unclear until further work is done.”

How widespread is the problem?

The research done by Orb Media found that the problem is extremely prevalent, with microscopic particles found in most popular brands of bottled drinking water. Of those tested, 93% were contaminated. Sherri Mason, one of the researchers who took part in the study, told the BBC that they found plastic “in bottle after bottle and brand after brand.”

“It’s not about pointing fingers at particular brands; it’s really showing that this is everywhere, that plastic has become such a pervasive material in our society, and it’s pervading water – all of these products that we consume at a very basic level.” 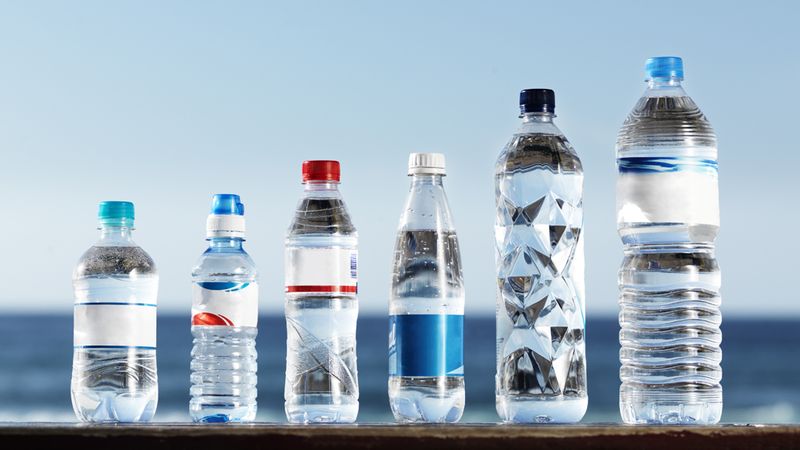 What was involved in the testing process?

Samples were collected from leading brands across five continents, and the shipping and purchasing were carefully monitored. Each sample was then tested and screened by adding a dye called “Nile Red” to the water. This is a technique developed by British scientists to detect plastic in seawater. The dye will stick to free-floating pieces of plastic. Each dye sample larger than 100 microns was then filtered and counted. The full process can be examined by reading the report by Professor Mason and her colleagues at orbmedia.org/sites/default/files/FinalBottledWaterReport.pdf.

What are the consequences?

If there is no proven danger to humans, what is the risk of absorbing a few microscopic particles of plastic every time we drink? Well for starters, as WHO has recognised, no one really knows what the risk is, and are calling for more investigation. Secondly, as Browne pointed out in his interview with 9news, under Australian law, these plastic items are considered to be pollutants and haven’t been tested for safety.

“Consumers have a right if they’re paying money to the company but also taxes to the government, to say ‘why aren’t you funding particular studies to provide guidance for us?”

And thirdly – when you pay for bottled water, shouldn’t you be able to expect it to be pure, clean, and completely free of nasty additives? After all, why do you buy bottled water in the first place? You buy it because, in theory, it’s cleaner and therefore better for you than tap water. We expect the best from bottled water and as has been proven, in 93% of cases, we’re not getting the pure, unadulterated, substance we think we are.

Is there any good news?

Fortunately, one brand of water has been found to be completely clear of these contaminants. Beloka Water was independently tested in November 2017 and no plastic fibres were found. Please check out this report which confirms that all you are drinking with your Beloka water is nothing but the finest still and sparkling mineral water.

Isn’t it good to know you can rely on Beloka bottled water for your personal or catering needs?